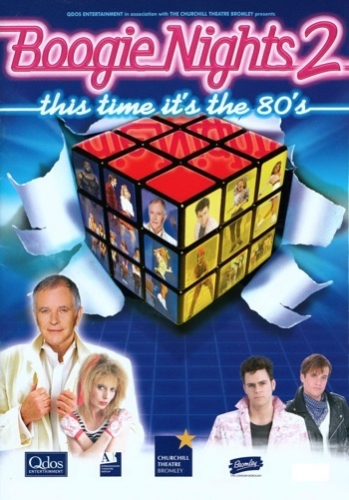 Following the phenomenal success of the original Boogie Nights, the original characters were reassembled for a new show that plotted a course for them through the 80’s - ‘a decade that taste forgot!’ A catalogue of the decade’s classics chart-toppers became the soundtrack to a genuine theatrical sequel, boasted tracks from the likes of Adam Ant, Cyndi Lauper and Duran Duran.

The show starred David Essex, Sophie Lawrence and Scott Robinson from 5ive. A studio cast album was recorded with David Essex and the original cast.