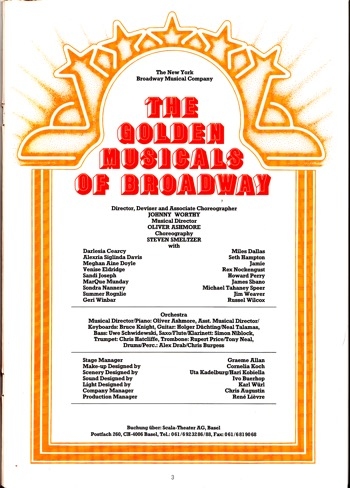 The show was designed as a showcase for the all time great Broadway Musicals. The cast were auditioned and rehearsed in New York and Los Angeles before traveling to Europe to begin a major tour of the continent. They were accompanied in the pit by a ten- piece show band. The revue format of the show gave the cast the ability to challenge themselves with an enviable cross section of song styles, everything from the classic jazz of Ain’t Misbehavin’ to the tap of Me & My Girl, and from the energy of Chorus line to the camp of Cabaret.