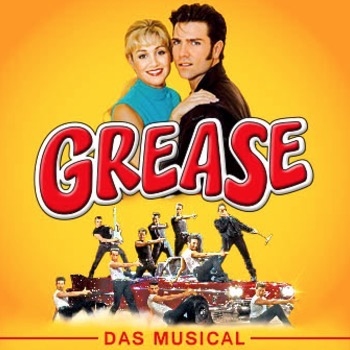 After conducting the West End production for so many years, it was a wonderful surprise when in 1999 Olly was tasked with creating a new set of orchestrations and invited to act as musical supervisor. This new production of Grease was originally cast in NY and LA and would go on to tour Europe for some 14 years! The show was directed by David Gilmore and choreographed by the LA based choreographic team of Mellissa Williams and Carla Kama. The show was produced by Jim Lenny and Wolfgang Bocksch.

The score has been used in four separate productions to date with gala openings across Europe from as far a field as, Sweden, Paris, Hamburg, Berlin and The Lebanon! A number of live cast recording were made available.