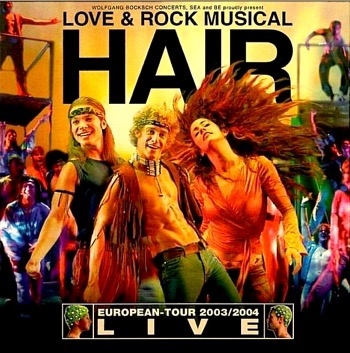 Olly worked as musical supervisor and created new orchestrations and vocal arrangements for this major European revival.  The script was adapted and directed by David Gilmore. This new production of the classic 60’s ‘American Tribal Love-Rock musical’ opened in Berlin, Germany with an entirely American cast and continued to tour for two years throughout Europe. The Role of Margaret Mead was played by the then, unknown Adam Lambert, who later went on to become a major US recording artist and finalist on ‘American Idol’.

* (The original cast was so strong vocally, that we made the unusual decision not to record/rely on a vocal click track. The entire company had radio mics – something I’ve never managed to achieve since!)