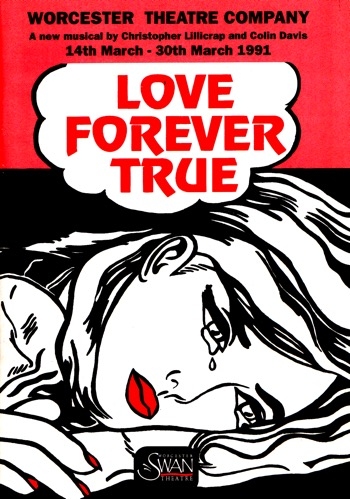 A brand new comedy musical written by Christopher Lillicrap and Colin Davis, directed by Pat Trueman. The show’s concept was based on the True Romance magazines and comic strip books of the 70’s and 80’s that were aimed squarely at teenage girls. The show premiered at the Swan Theatre in Worcester with a ‘tongue in cheek’ score full of wonderful rock and pop pastiches. The cast included the brilliant Amanda Burdett & Stephen Mackenna.