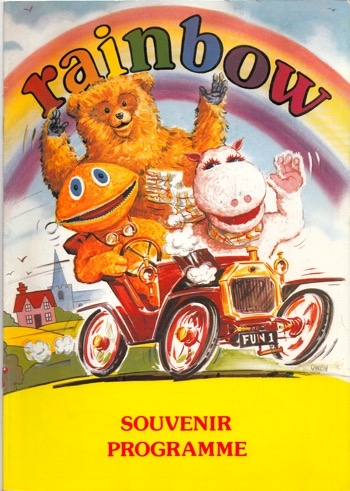 The hugely popular children’s programme produced by Thames TV ran for an incredible 25 years! The stage versions starred the same cast of characters Zippy, George, Bungle & Geoffrey and toured the country in a catalogue of different shows. Olly helped create, supervise and produce the music for three successive stage versions.

* (The show was one of the first productions we felt brave enough to run a pc-powered sequencer and musicians together in a live performance – not sure I’d do that now…!)